(holding and giving supporting)
In her project "Daddy loves you, Part II", Barbara Rossi has created a space-expanding installation that encourages the viewers  participate. A hammock stretches through the room - you can sit down, listen, look at its surroundings and watch. Pictures of pigeons hang on the wall and in the background you can hear gurgling. Headphones are˝ there for whoever wants to puts them on. They can hear spoken sentences.
The father of the artist bred pigeons,in the audio the artist fathers voice can be heard and the sounds of the fathers pigeons. From another tape you can hear loving words which the father told his children. Barbara Rossi has collected them in her circle of acquaintances, but she has translated them into English. An closeness and at the same time an alienation, for her father was an English teacher. In the hammock also contains a reference to her father - a hand sewn original Pyjama.

The Hammock: a symbol of being allowed to "let yourself go" but also something that gives support. The wishes of a child are thus addressed and many  adults long for. But what is wishful thinking and what is possible in relationships with other people? So the hammock can also be a place that invites you to a journey into one's own experience.

(free yourself and let go)
In a film, which was developed in collaboration with Klaus and Monika Bosch de Santos, Barbara Rossi processed the death of her father.  Klaus is responsible the moving pictures and from Monika come the classic photographs. You can see the artist  - she jumps in a black suit that belonged to her father from a high springboard into deep water. It was an action that frightened her, and she was cold and tired. Floating in the cold water, she gets rid of the suit. And she shows the hand writing of her father on a death announcement  which he once sent to her. Here you can find out how "Daddy loves you" came about.

Death as the endpoint of a relationship
These projects are not about death, but about death as the end point of a relationship. It is a point where there is nothing left to postpone or to ignore. This is a point where you can only look back and draw conclusions - and perhaps even should. What role did I have in the family situation, which part of this role do I still carry around with me today? It is also necessary to "free" yourself of it.
Hold and support on one side and free yourself and to let go on the other side: both belong together, not only when dying, even during adulthood - and actually your whole life. 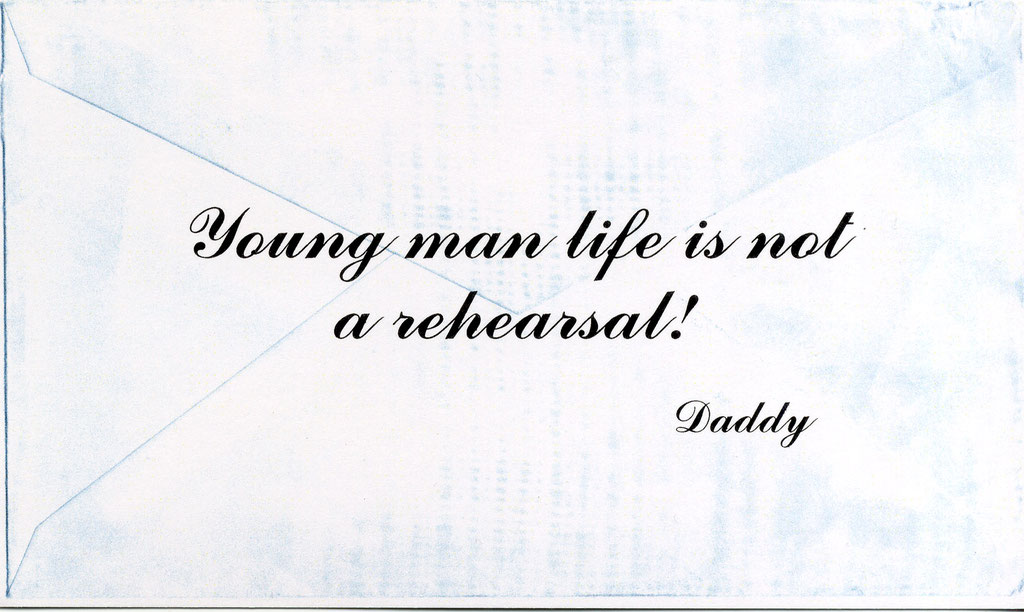 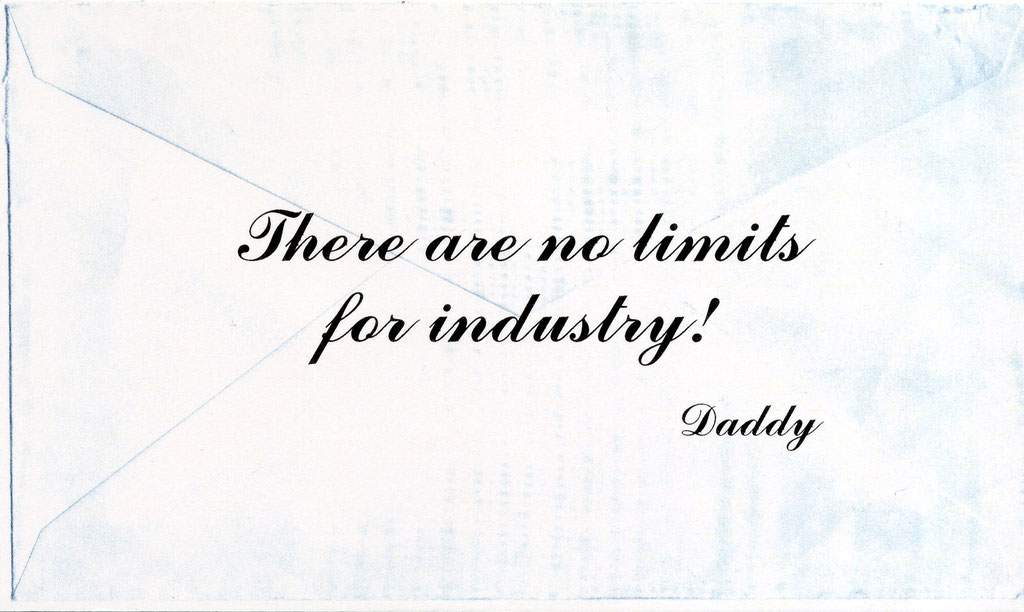 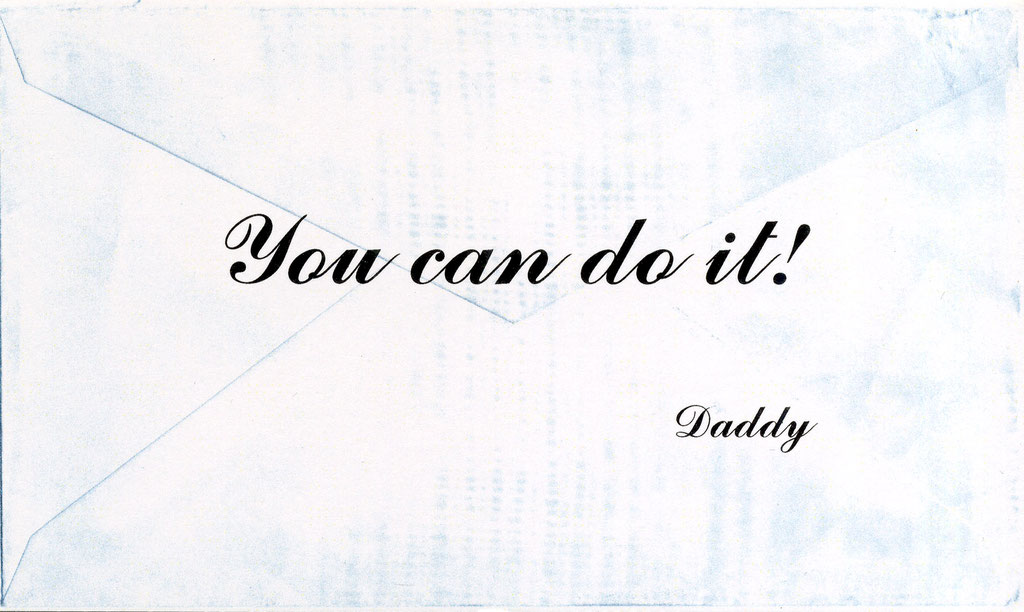 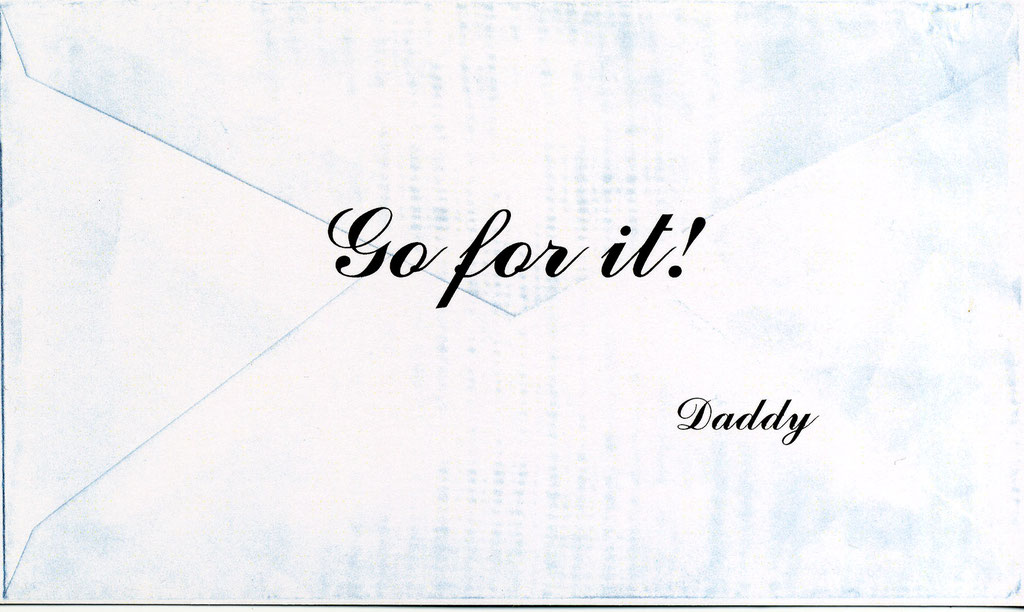 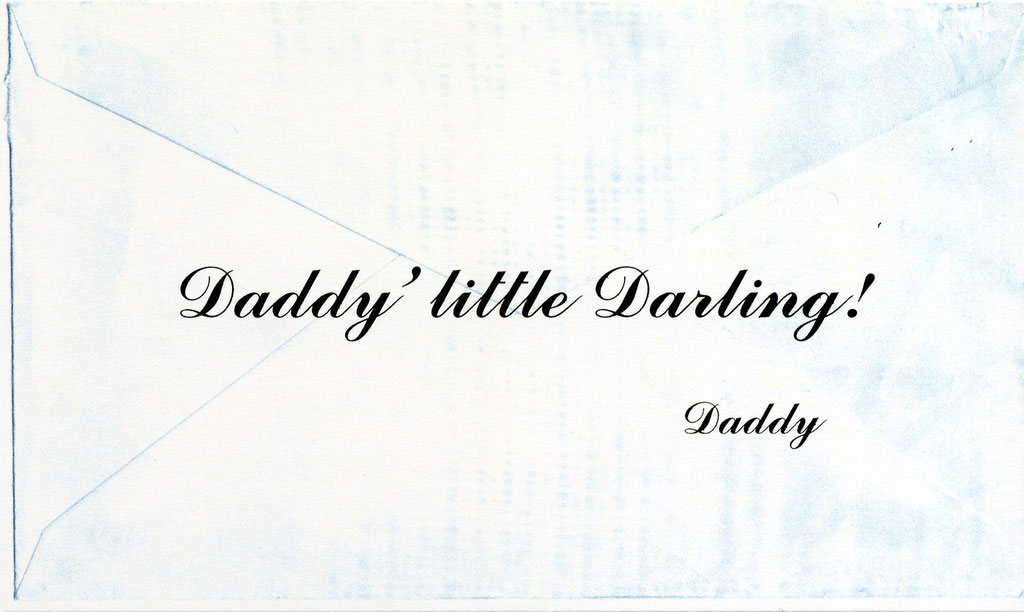 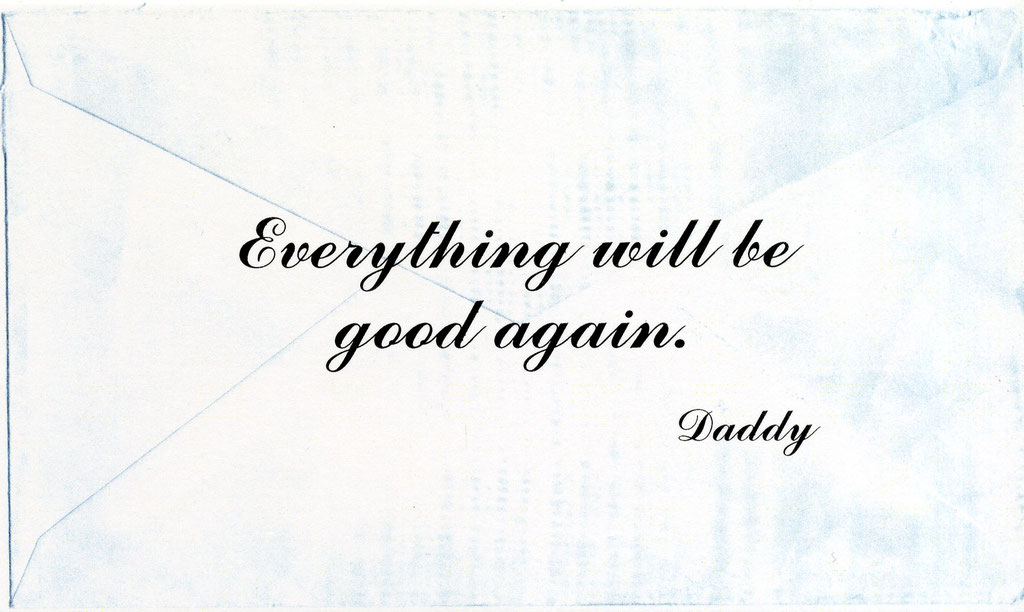 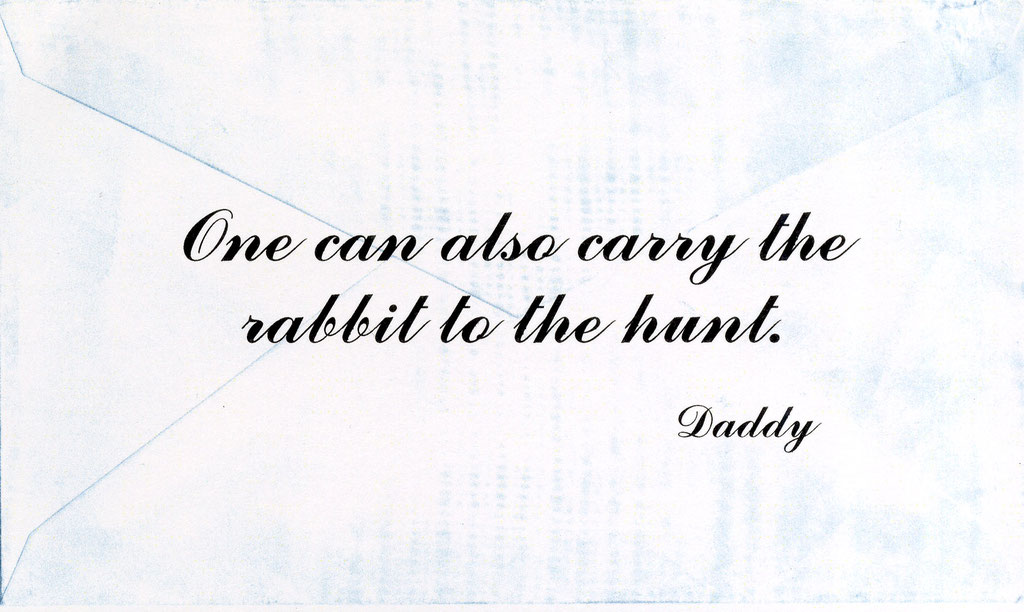 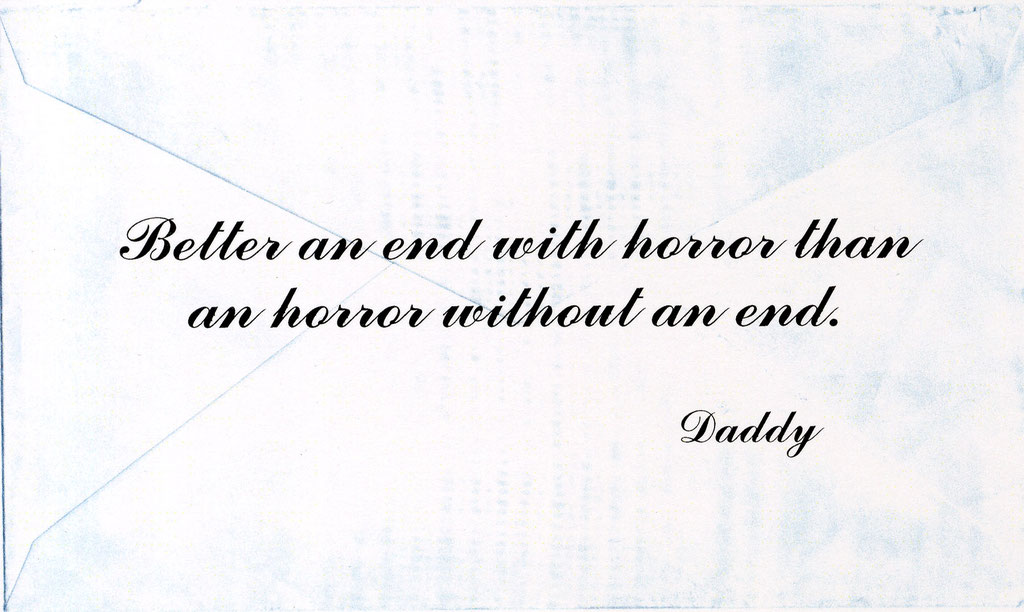